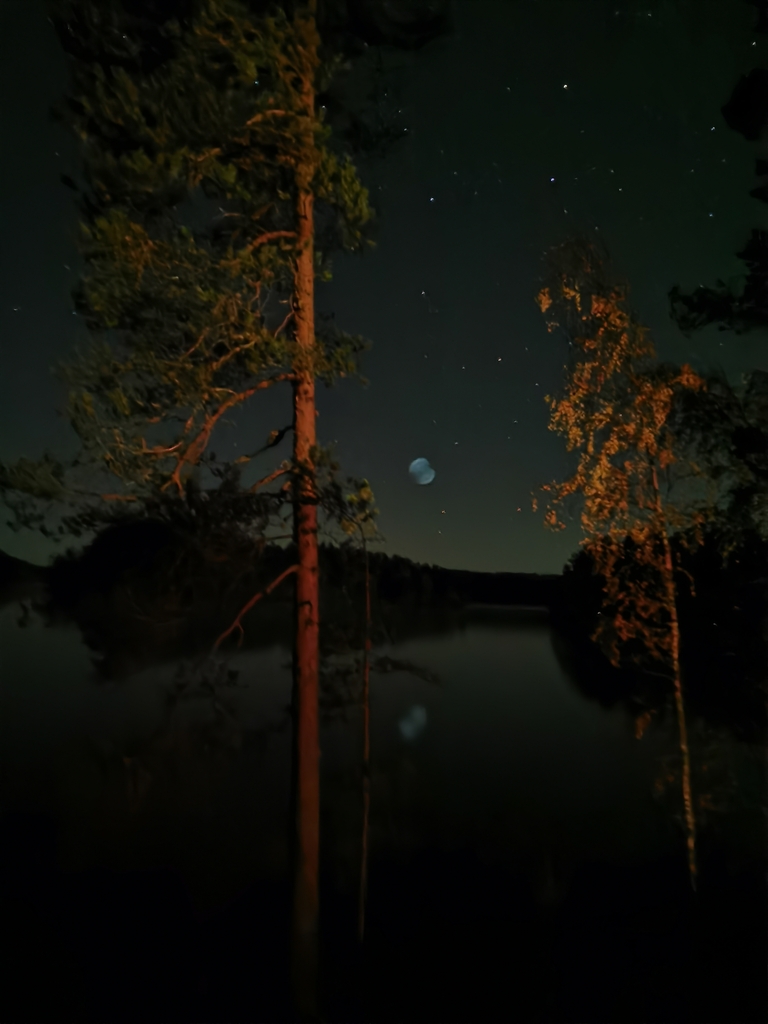 27.9. at 22-24 a light phenomenon caused by a rocket launch was seen in the Finnish sky. The incident is possibly related to what happened in California shortly after 9 p.m. For launching an Atlas 5 rocket. The rocket will take the Earth Earth Landsat 9 satellite into orbit. Apparently the same rocket phase with fuel clouds appeared in the sky twice. First at 22-23 after the launch and the second time after midnight after orbiting the earth once.

An observation of the case can be submitted using the Rare Clouds-form . Rocket launch is selected as the target. Photo by Mikko Juutilainen 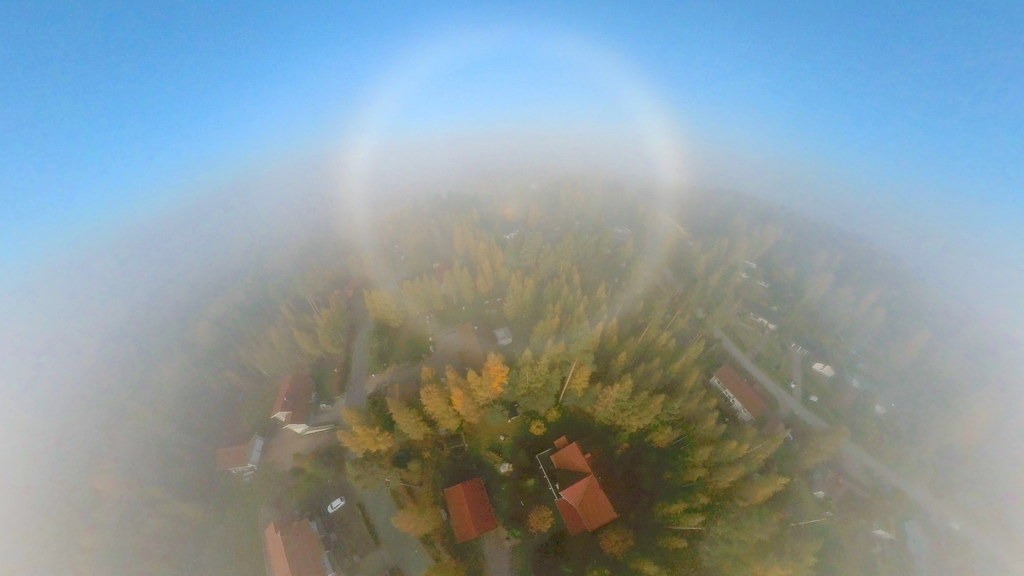 Drone took to the air to see the fogbow

27.9 . Markus Sinervä lifted his drone into the air this morning at Hausjärvi and was able to photograph the fogbow. Be sure also to watch from Sinervä's observation the video he made of the drone's flight. It shows in addition a small glory inside the fogbow. The experience is crowned by the ambient soundtrack of the drone's purring. 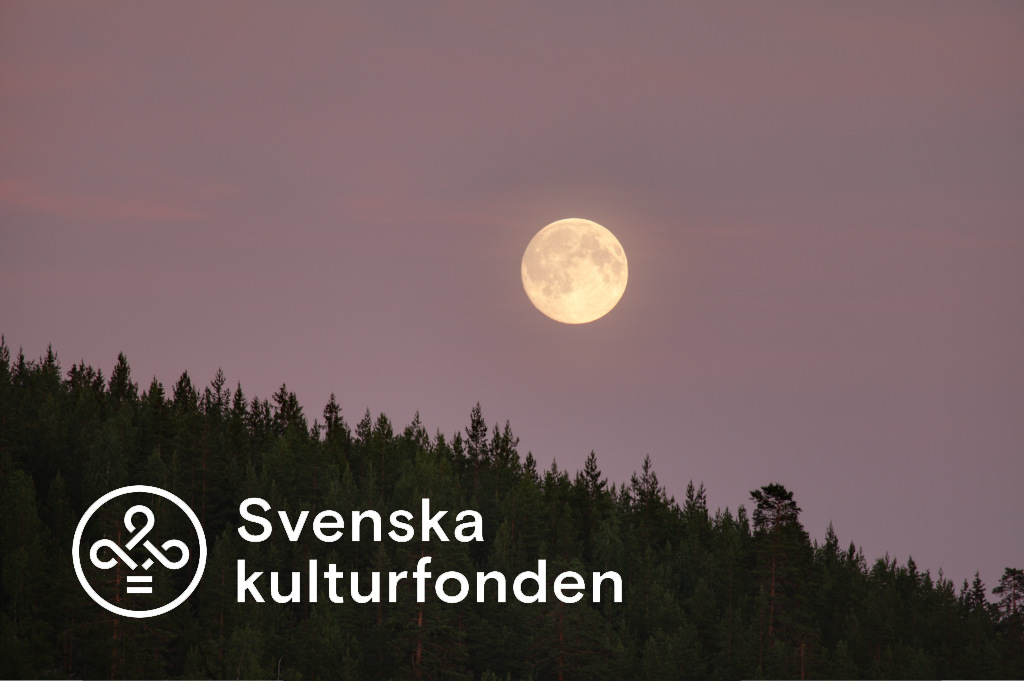 Taivaanvahti can also be used in Swedish and English

24.9. completed maintenance break brought new features to Taivaanvahti and opened the system in Swedish (Himlakollen) and in English (Skywarden) for users from Northern Europe. We hope that the changes will make the site easier to use for the Swedish-speaking minority and enable new forms of Nordic co-operation. The change would not have been possible without the support of the Svenska Kulturfonden and the effort that individual enthusiasts put into the translations. Warm thanks to everyone involved in the project! 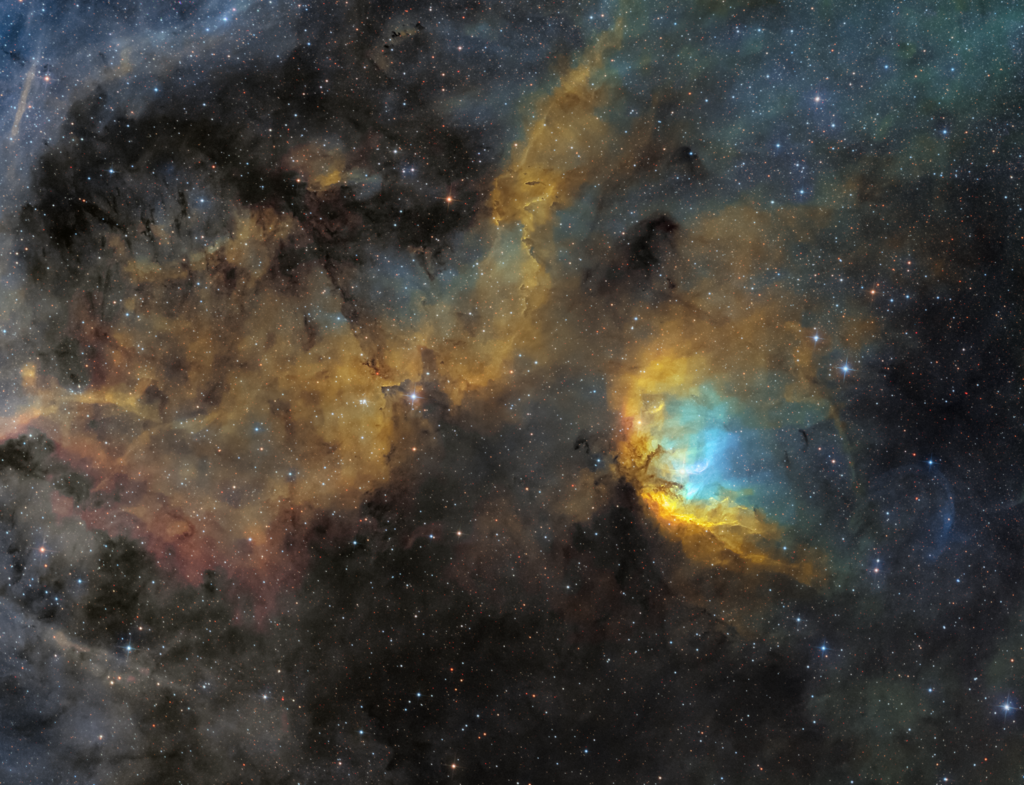 Tulip mist in the golden palette

23.9. Sh2-101, or Tulip Nebula, is a rarely described object, of which there are already five observations in Skywarden. Now Erik Pirtala has also taken the fog to the desktop and brought a strong sixth contribution , the color palette of which emphasizes golden tones. From the beginning of September, the object photographed received 15,5 hours of light. 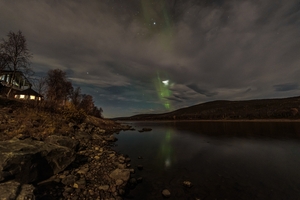 Rocket launch. Highly visible behind the clouds. At the bottom of this, I wish I had no clouds, I might have seen it longer. 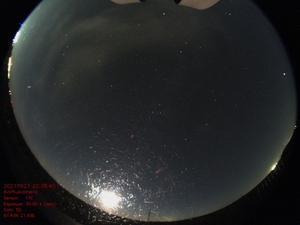 The rocket launch on the evening of September 28, 2021 had also been recorded in the images of the Bear Camera.

Apparently the rocket launch is visible towards the end of the accelerated video. In this way, however, it seemed to the layman's eyes that it had come towards the land. 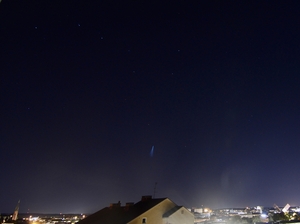 Apparently it was a rocket launch, a shimmering little cloud was visible and I had time to take two pictures, the surprise was quite big when the target was visible so clearly. 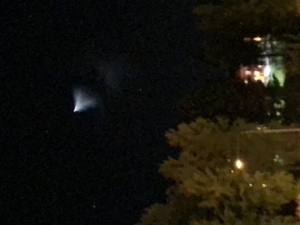 I saw a ball of light moving in the sky after 00.05 at a visually fast pace, followed by a strangely shaped "tail star" resembling a tail. It became brighter with movement, and eventually disappeared from view. 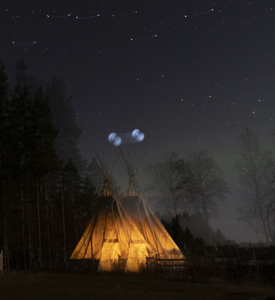 I waited for the northern lights with my camera on the cottage beach as I swung in the northwest direction a particularly strange bluish circular object descending. I grabbed the camera in the direction of the subject and started shooting pictures at my wide angle. the target looked as if there was some explosion effect far away that expanded while falling towards the ground, disappearing behind the trees. The pictures are troped from the big picture, so the quality is not good, but the ball appears in the pictures. What is it possible? (time corrected, my canera clock looked wrong) 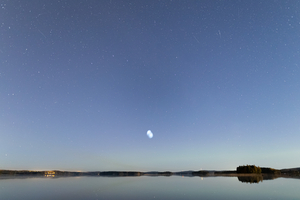 Two white spheres right next to each other appeared in the sky and began to spread along the sky. Disintegrated fairly quickly, about 2 minutes is according to the exif data of the images from the first to the last observation. Direction from the viewing point northwest-north. 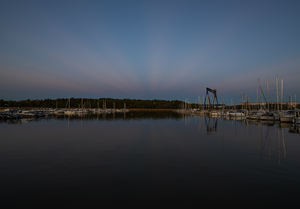 The nice start of the fan stood out from the sky as it rumbled home. It then had to be taken to a suitable place aside in order to be saved as it healed. At this point, the twilight ray was very weakly distinguished (mainly by processing only from the images), so let this now remain a mere observation of the opposite side.

Sky Safari alerted "ISS (Zarya) rising". Good when reminded. This was my best observation to date at these latitudes. The video is somewhat accelerated. The ISS disappears into the shadow of the earth shortly after passing Jupiter. Even on Monday night, this is worth a look. Still quite clear skies may appear in the south at about 19:45 and in the direction of Jupiter at 19:47:30. The next round rises from the southwest at 21:17 and disappears into the shade just before noon at 21:22.

Skywarden is an observation system maintained by Ursa Astronomical Association. Available observation categories consist of different astronomical and atmospheric phenomena. You are welcome to participate even though you are not member of any Finnish astronomical associations. Easiest way to start browsing observation is by selecting observations with images and stories on the left side of the screen. Answers to your questions about the system can be found from FAQ -page.