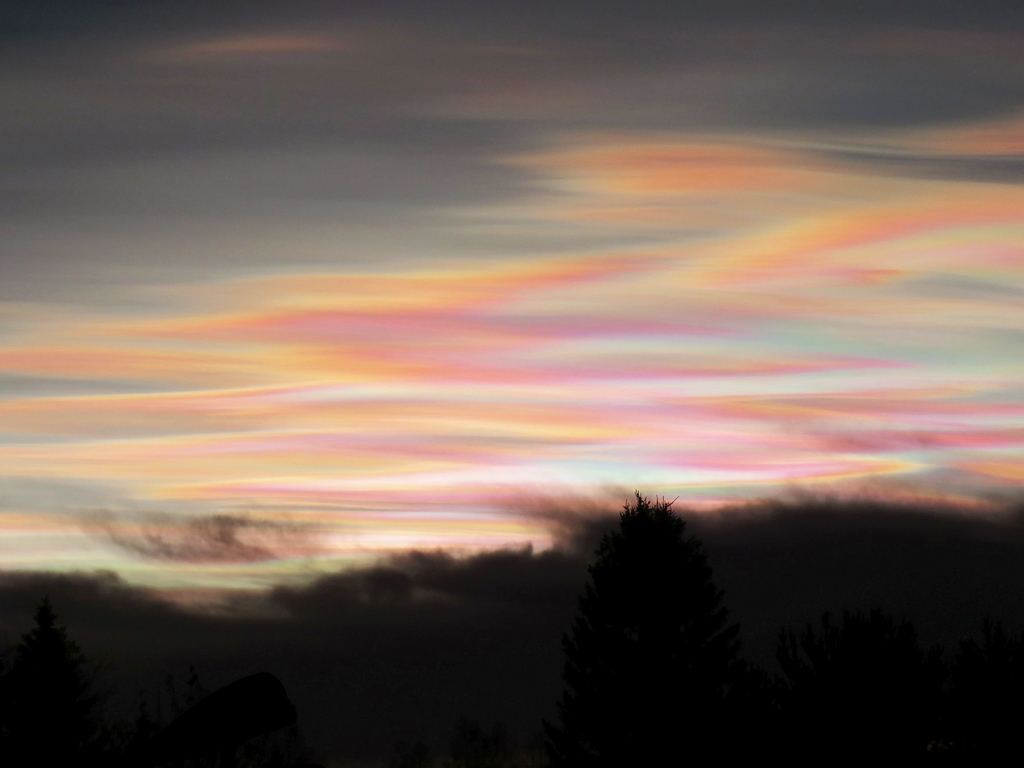 30.12. the cold air mass flowing from the north created favorable conditions for the formation of pearl clouds. Exceptionally light-colored cloud rafts were spotted at sunset. If you managed to record this phenomenon typical of heart winter, you can record your own observations with the form of special clouds . Photo by Ossi Lemiläinen 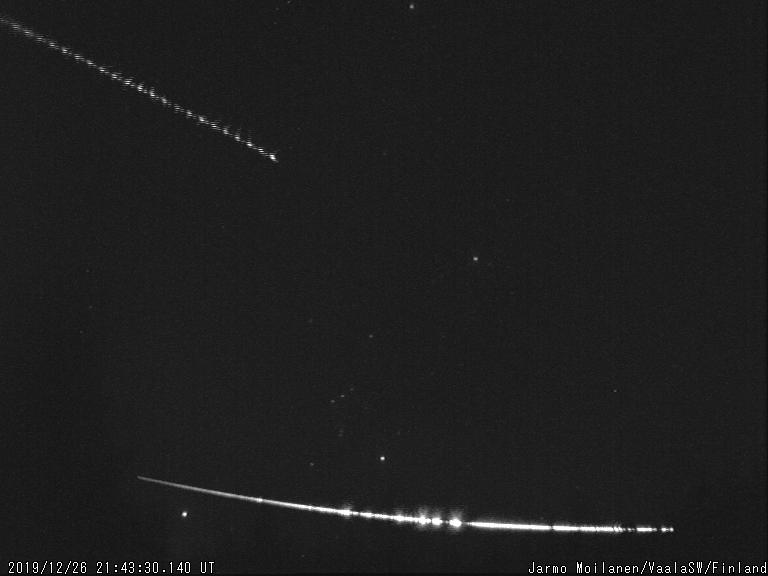 26.12. in the evening before midnight, an exceptionally bright and long-lasting fireball was seen in the clear skies of central Finland. According to eyewitness observations, several smaller parts detached from the main body. The flight, which lasted more than 37s, was left in the fireball cameras of Jarmo Moilanen and Pekka Koko, but more observations of the case are hoped for on the fireball form. Photo: Jarmo Moilanen . 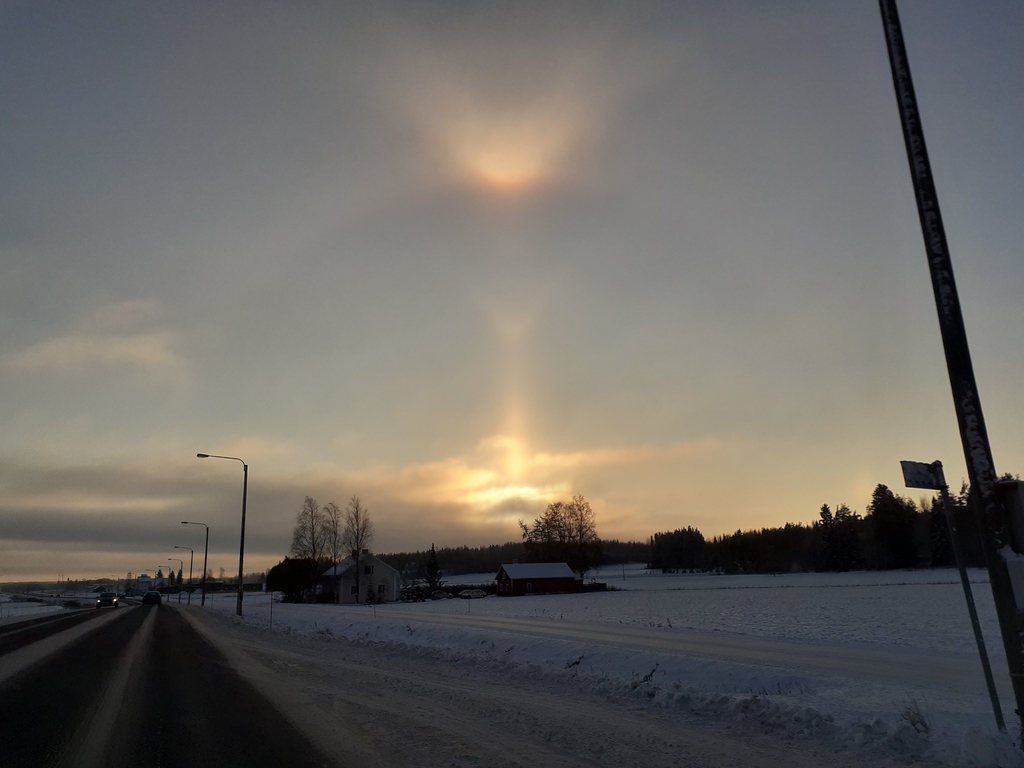 27.12. Finally even a little clear! Momentary freezing and ice crystal rafts brought spectacular halo phenomena to the sky. Rare halo forms were also seen in places among them. You can record your own observations of ice mist with a halo form. Photo: Johanna Kihlman

Observations of Christmas halos in pictures and stories » 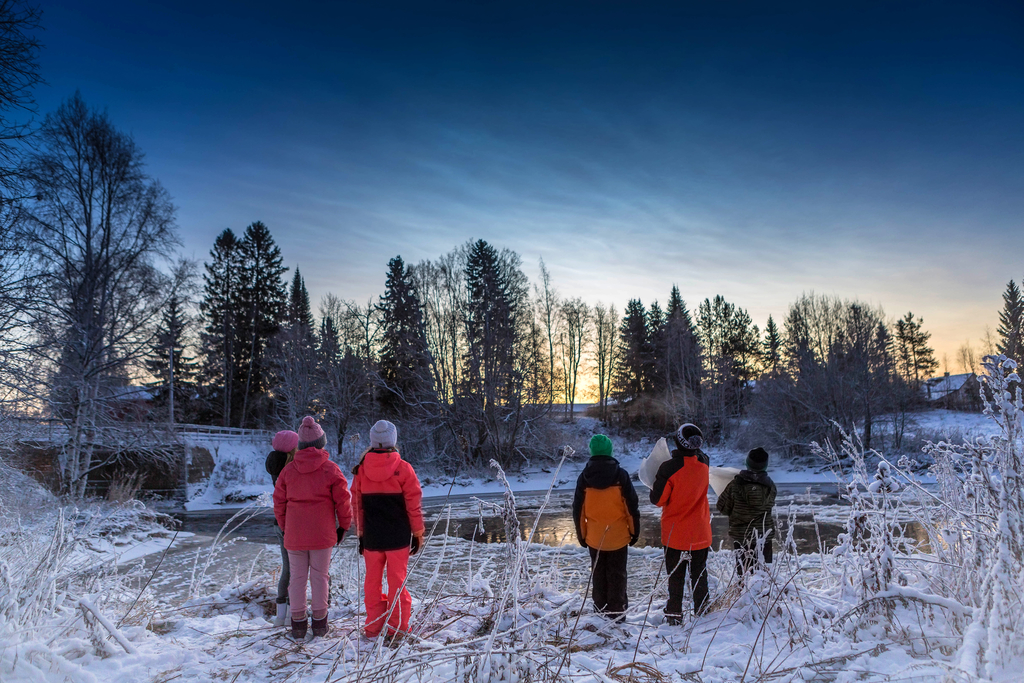 Ursa's hobby communities want to find out hobbyists' interests in different hobbies, activities and communication channels. The responses of the Sky Guard users are also important to us. It takes about 5 minutes to answer the survey. (Photo: Heikki Mahlamäki)

Go to the survey »

A long-lasting appearance of pearl clouds is going on 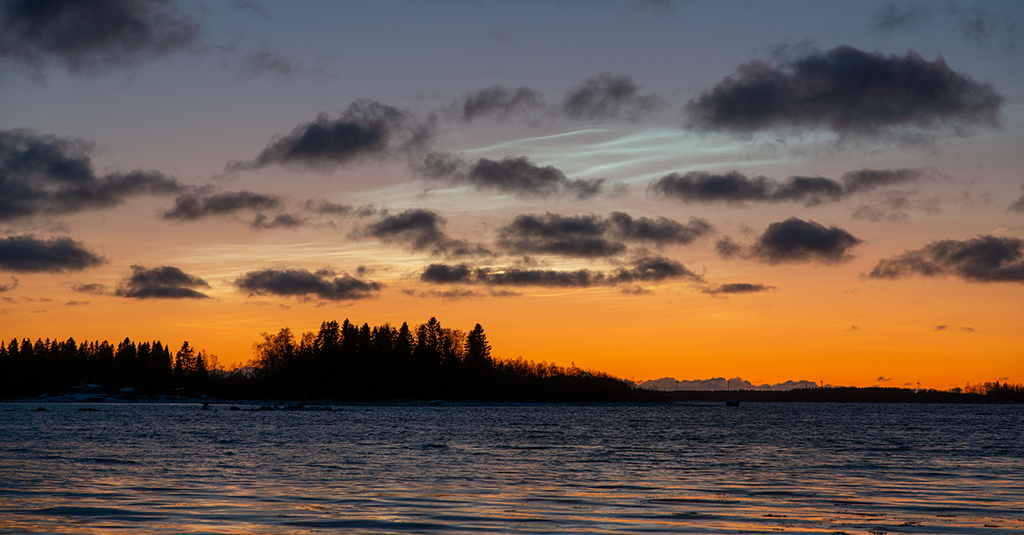 3.12. Thomas Ulich and Jani Päiväniemi were the first to notice pearls on November 27. Since November 30, the phenomenon has been seen every day somewhere in Finland, now for at least a week continuously. Mainly the skies are distinguished by colorless pale type I pearl clouds. (Photo by Joni Virtanen).

22.11. in the morning there was the possibility of star flights 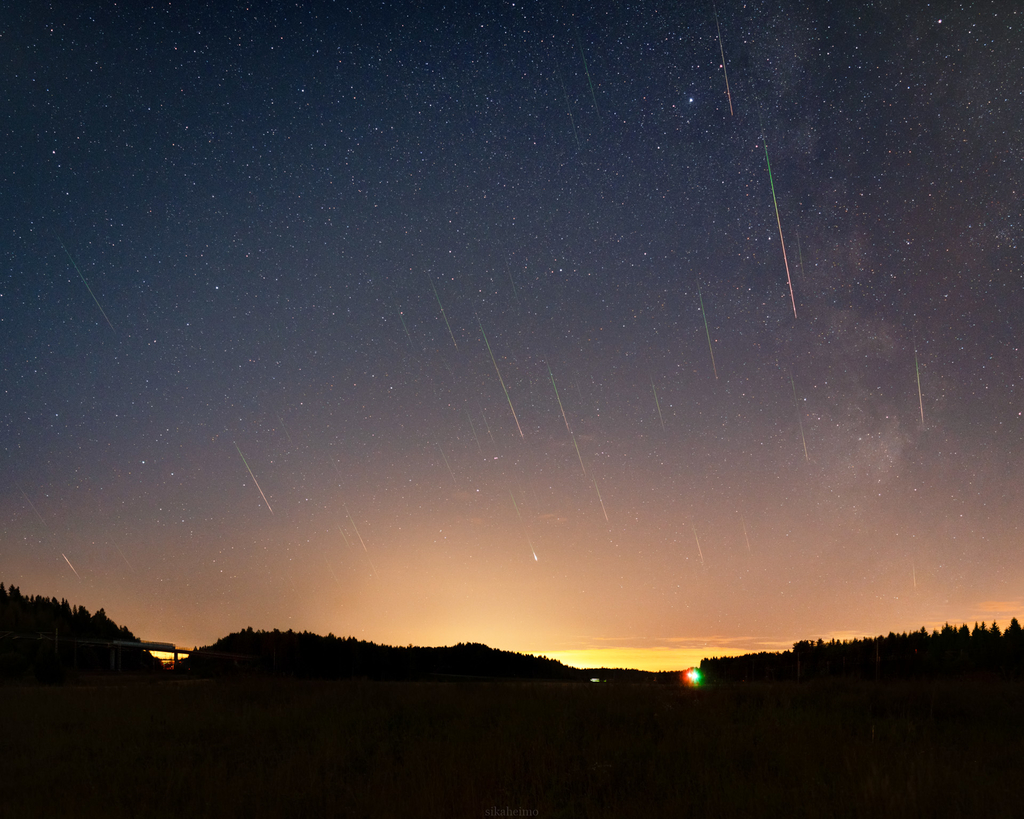 Esko Lyytinen and Peter Jenniskens predict that a star flight flock of alpha monocerotides may experience 22.11. some kind of eruption. The most favorable time to bonga the star groves was estimated to be 6.50 in the morning. However, the whole of Finland seems to have been covered by clouds, so the number of observations of the case is likely to remain small. Observations of the object are collected using a solar system form and a 'Meteor Flock' is selected as the target. Photo by Samuli Ikäheimo 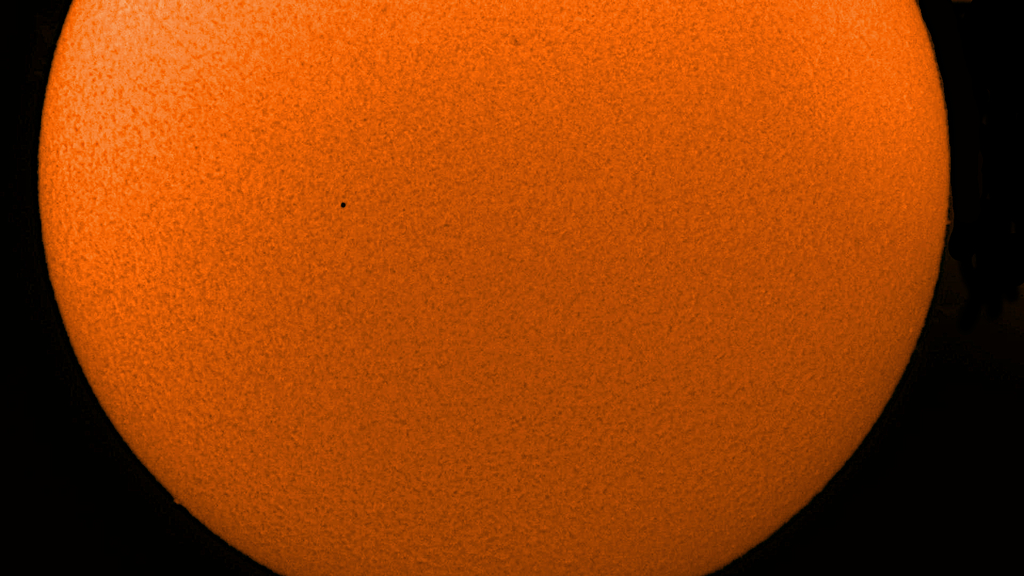 11.11. on Monday afternoon, the planet Mercury passed between Earth and the Sun. The event seems to have been sadly covered in clouds throughout Finland . The stone planet was visible with a telescope as a small dot against the Sun's disk. Long-distance travelers were the best to follow the case. Observations of overpass are still collected on the solar system form and ‘Mercury overrun’ or ‘Overpass behind clouds’ is selected as the target. Photo: Dennis Lehtonen

Observations on the passage of Mercury »

10.10. Bright fireball in the metropolitan area 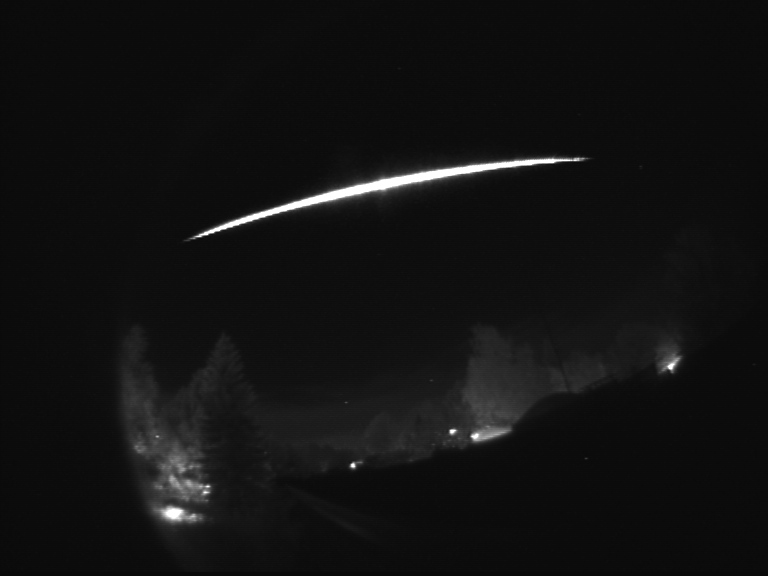 10.10 Shortly after nine in the evening, a bright fireball was seen around Helsinki. If you saw this bright starburst, you can leave your own observation on the fireball form . The flight missed Esko Lyytinen's sky camera in Helsinki .

4.10. a spectacular fireball was seen in the morning. A pictorial observation of a sky camera from Tampere has already been received from the case. You can submit your own observations on the fireball form . 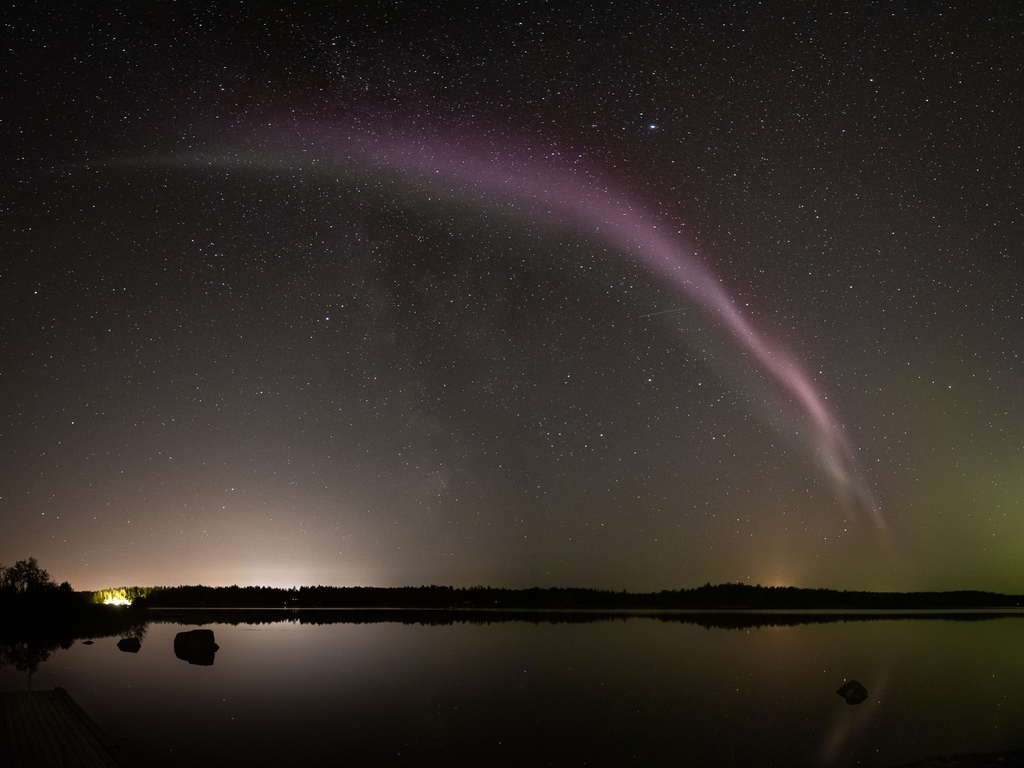 27-28.9. The rapid flow of particles from the corona opening reached Earth on Friday, and at night a rare treat was offered to northern lights. The horizon greened all the way to southern Finland, and among the evening's northern lights, a rare pink STEVE arch was also visible . You can record your own observations with the Northern Lights form . Photo: Marko Takala

All the northern lights observations of the evening » 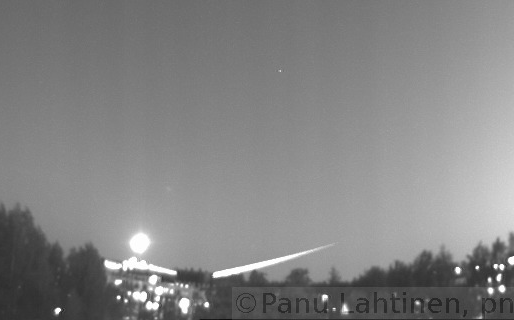 9.9. just before nine in the evening, a bright fireball was seen in southern Finland. The collection of findings on the case continues. If you saw this brighter stellar flight than usual, you can leave your own observation on the fireball form . The flight missed Panu Lahtinen's sky camera in Espoo. 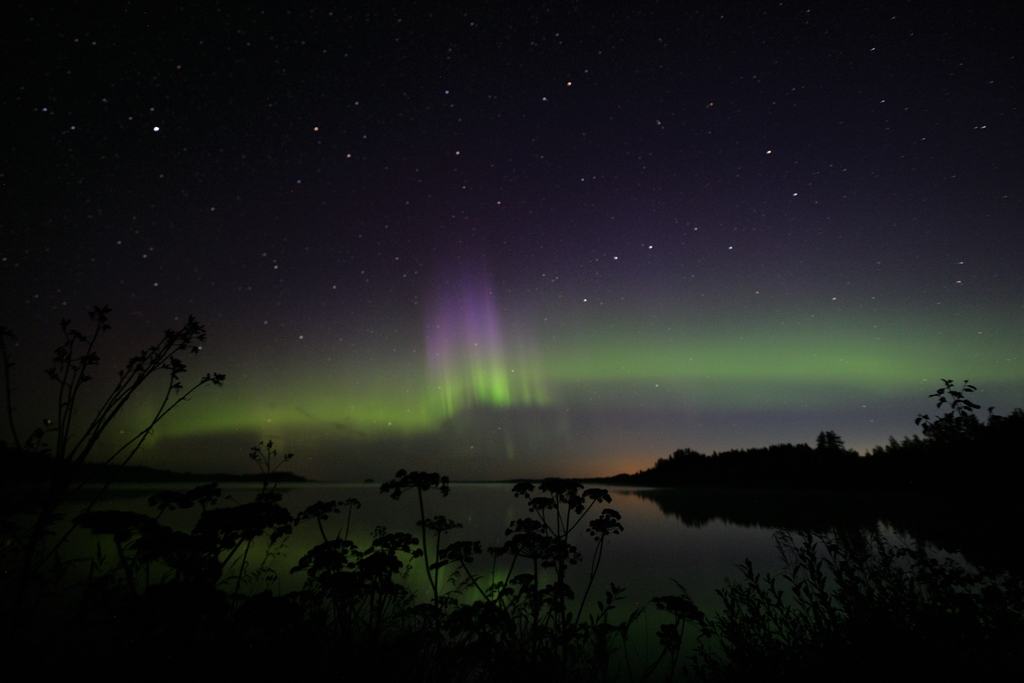 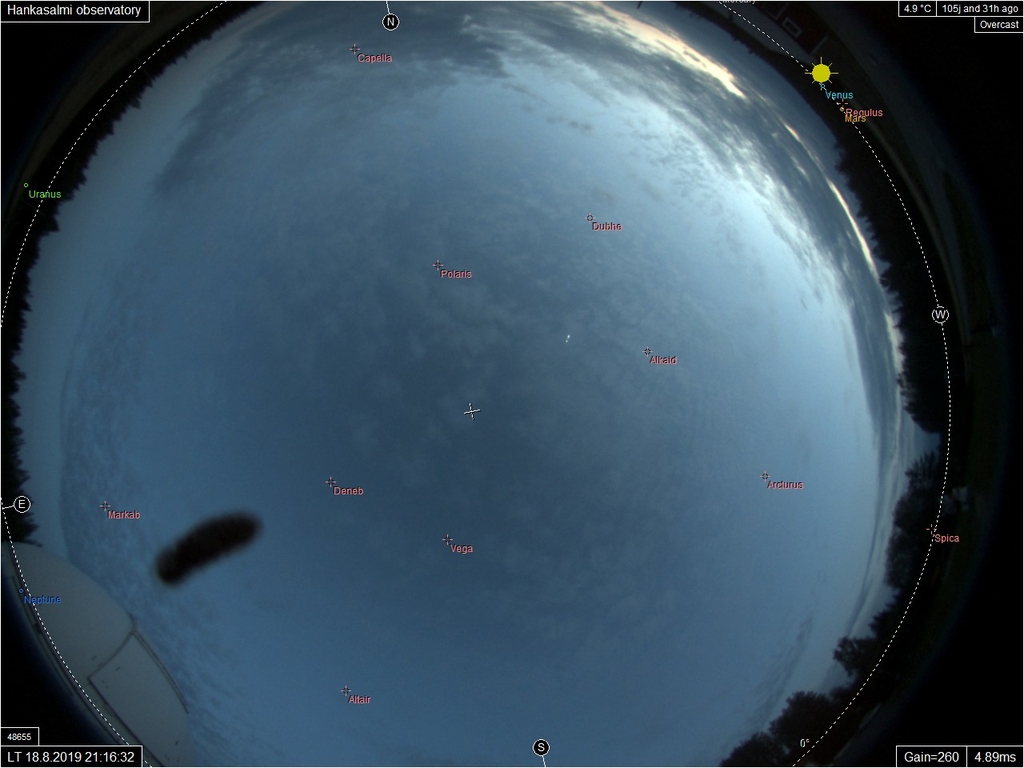 18.8. On Sunday, just over nine in the evening, a bright fireball was seen over a large area above Central Finland. More than 80 observations have been received from the case. Ursa's fireball team is investigating the case. More observations on the subject are welcome on the fireball observations form. The flight of the fireball behind the cloud curtain also captured the sky camera of the Hanksalmi Observatory. Photo: Arto Oksanen / J yväskylän Sirius 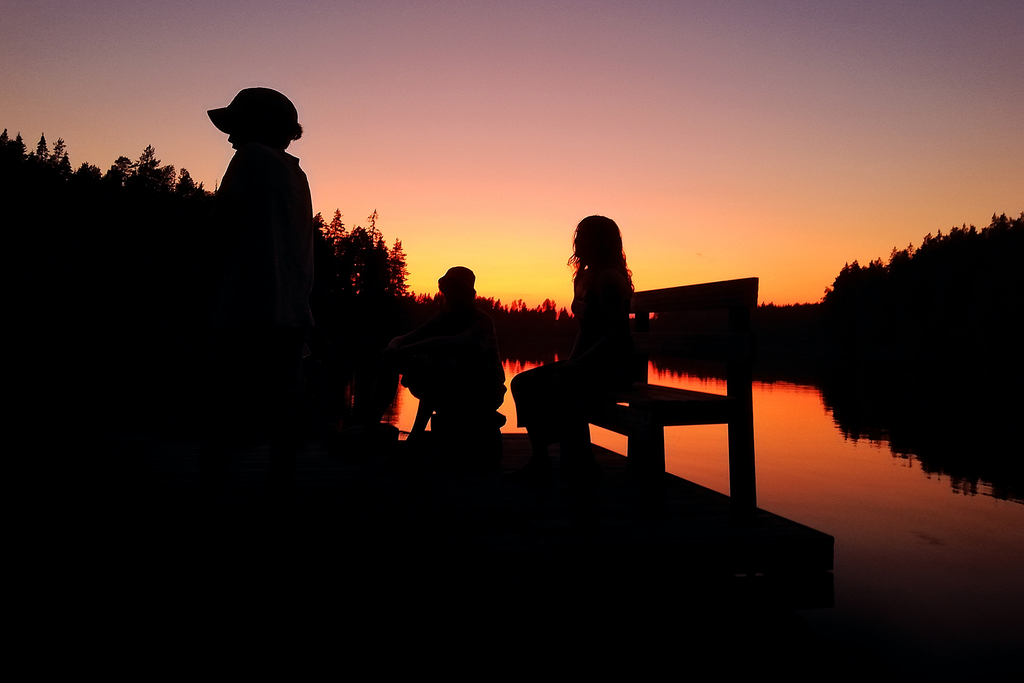 At the end of July, strong brown and twilight phenomena were observed. The reason for these is not certain, but the cause has been thought to include forest fires in Siberia. Volcanic ash is not an excluded option either. Photo: Janne Kari.

Observations on brown and twilight phenomena » 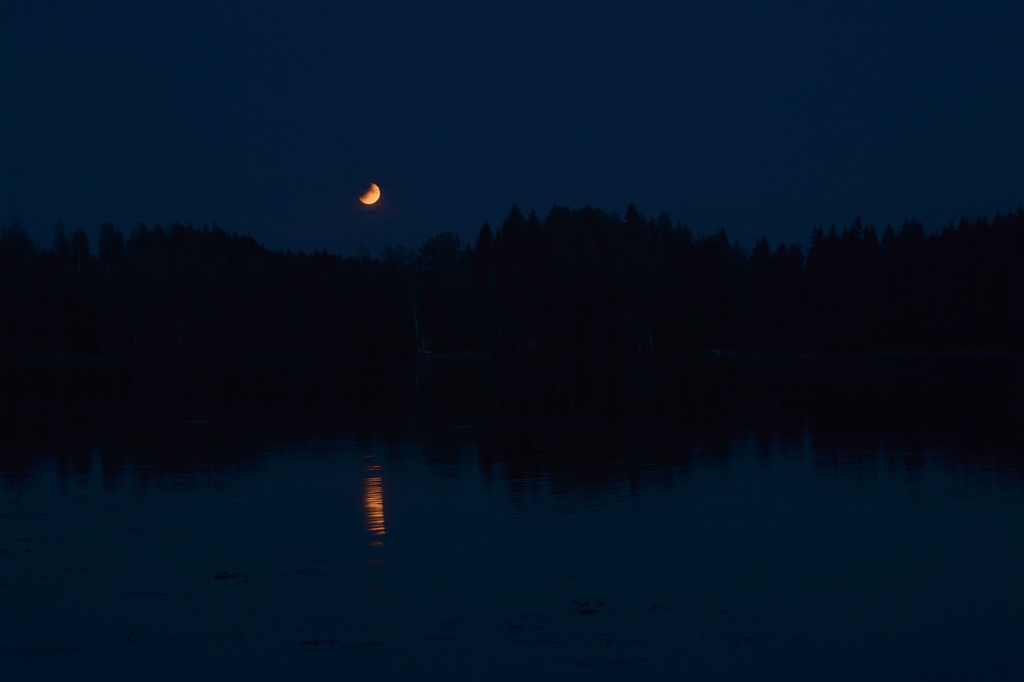 16 / 17.7 The partial lunar eclipse could be successfully observed in many places. If you followed the event, we hope you will submit your own observation using the blackout form . In terms of weather, the unlucky can choose the title Eclipse Maximum Behind the Clouds. Photo by Paula Mattila

7.2 Complete eclipse was observed in Chile 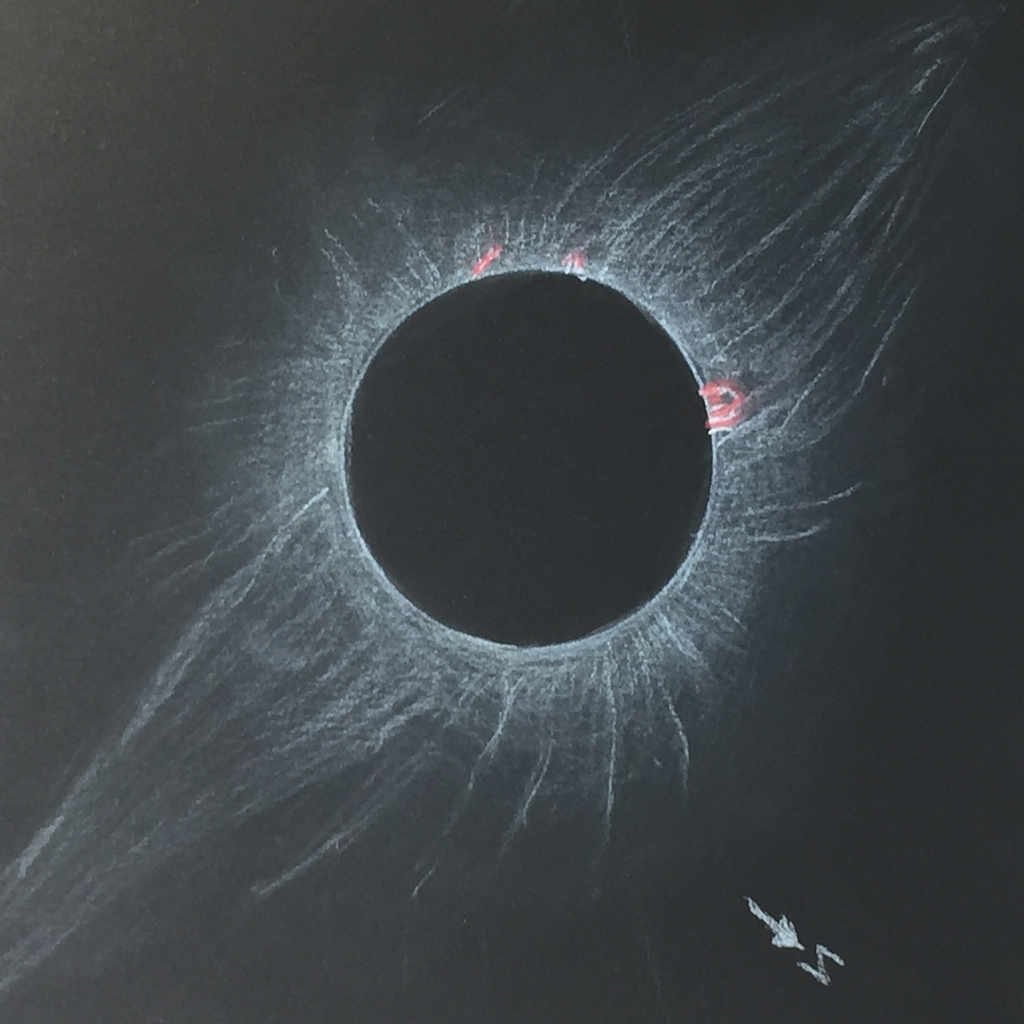 2.7. The expedition left Finland for the expedition of Tähdet ja Avaruus magazine and Tiedetuubi , as well as several individual blackout bongars. The weather in the area was excellent and the monitoring of the eclipse went smoothly. More observations of the incident are expected as travelers have time to unload their cameras. Photo by Pekka Rautajoki

Observations of the eclipse » 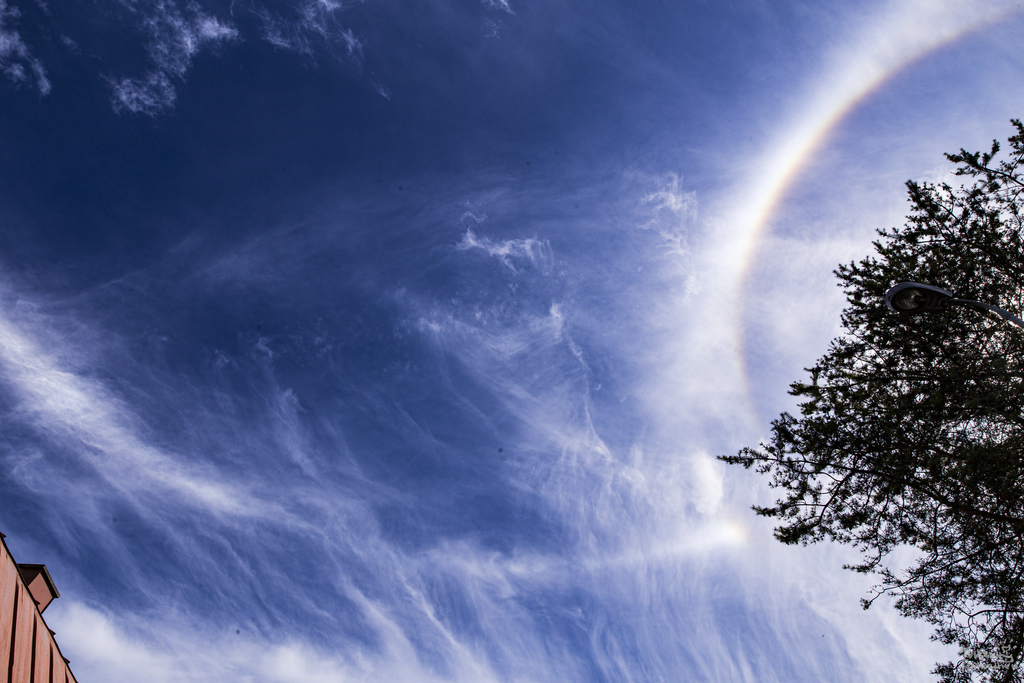 28.6. Those who observe on the southwest coast have been pampered with spectacular halos during the morning and morning. Common forms include the horizon ring has been quite handsomely displayed and of the rarer shapes have been represented by 120-degree side arches and Lowitz arcs. 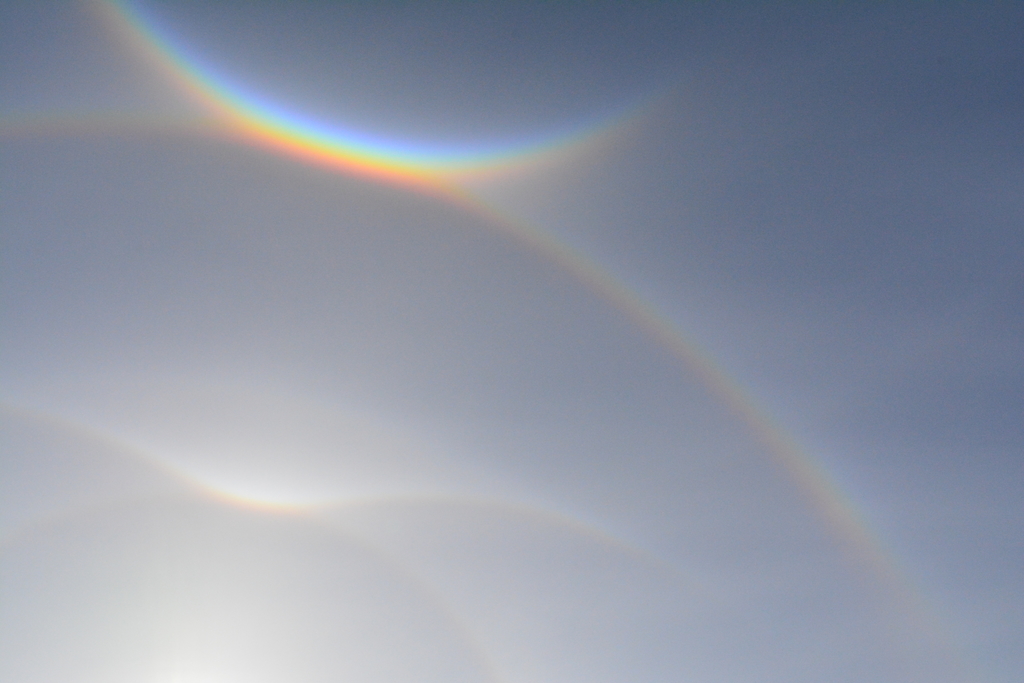 1.6. In Eastern Finland, a bright halo play was seen early in the morning. In Kuhmo, the play covered the entire sky and included several rarer halo forms. 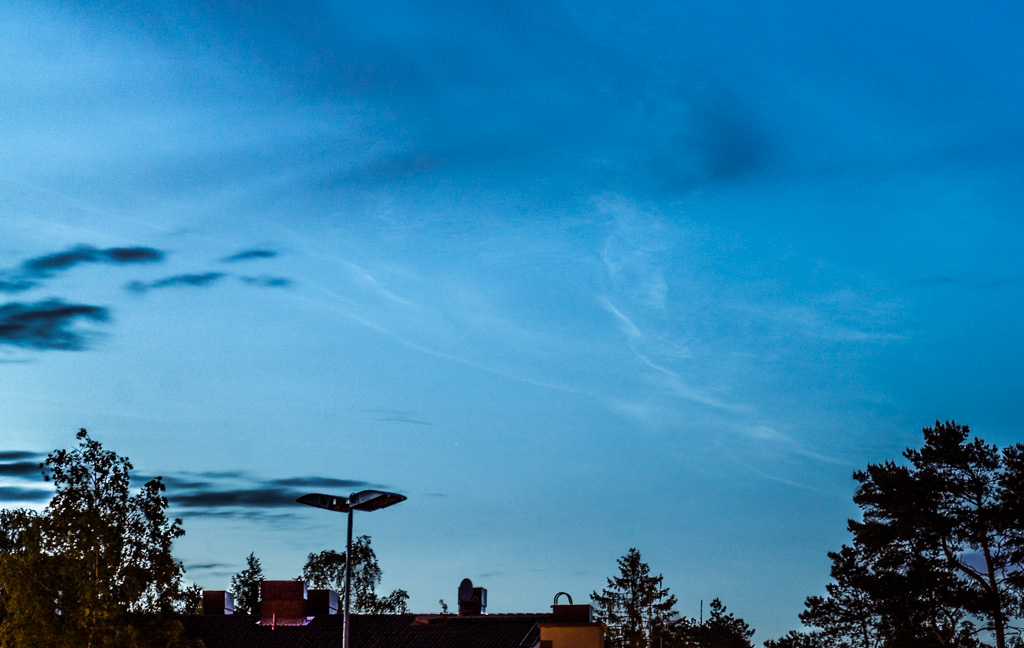 30.5. and 1.6. The first night cloud plays of the summer were observed at the turn of May – June. The brightness of the night clouds was typically still dim and small for the early part of the season. Photo: Pentti Arpalahti.

Haloh April and the rocket phenomenon in the Zeniitti online magazine 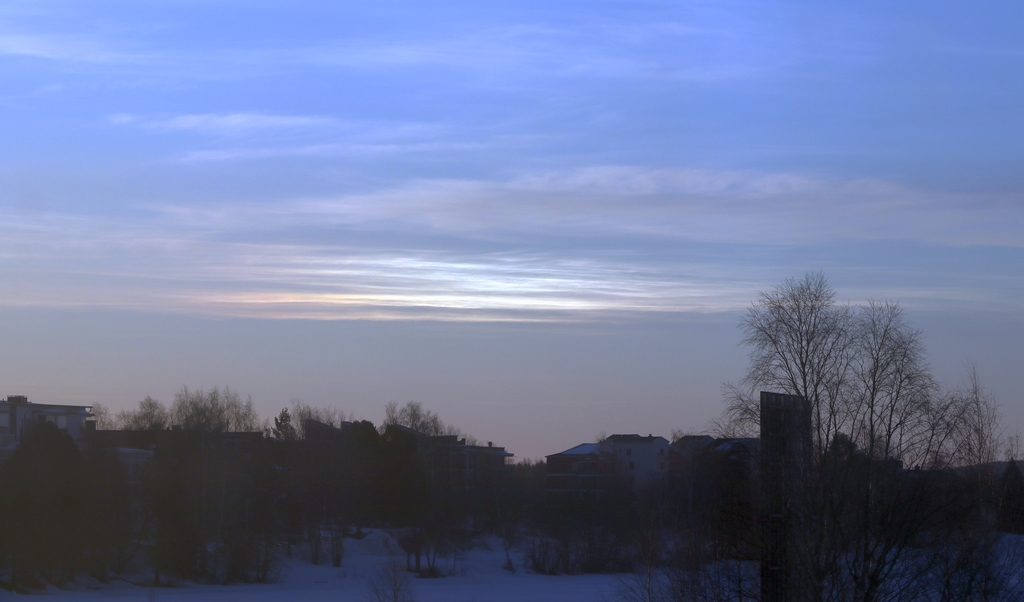 More from the Zenith online magazine » 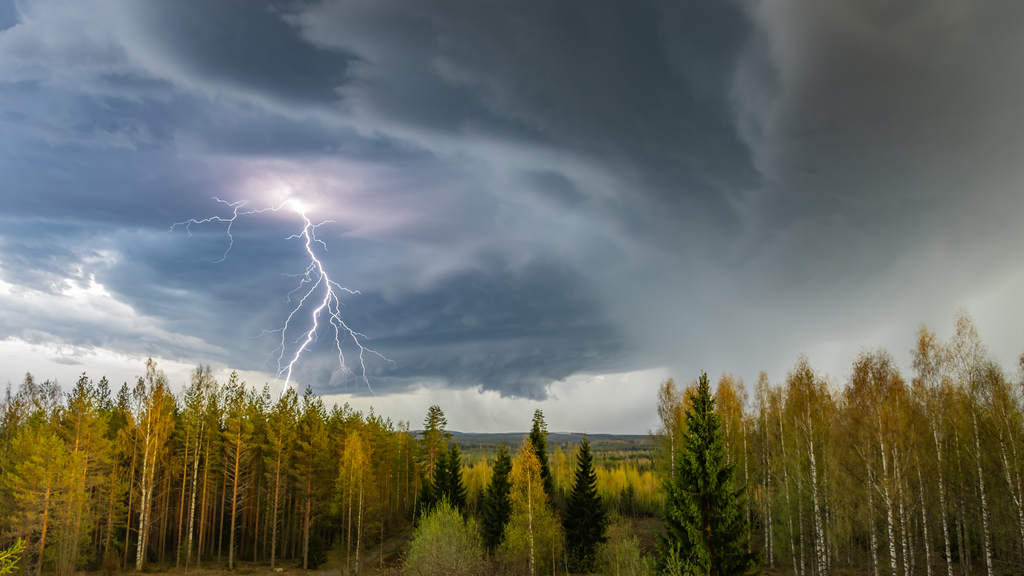 10.5. a series of powerful lightning cells that flashed across Eastern Finland. The storms were accompanied by avalanches and hail. If your own thunderstorm season started in this rush, record your findings on a storm form . Photo by Henrik Ikonen 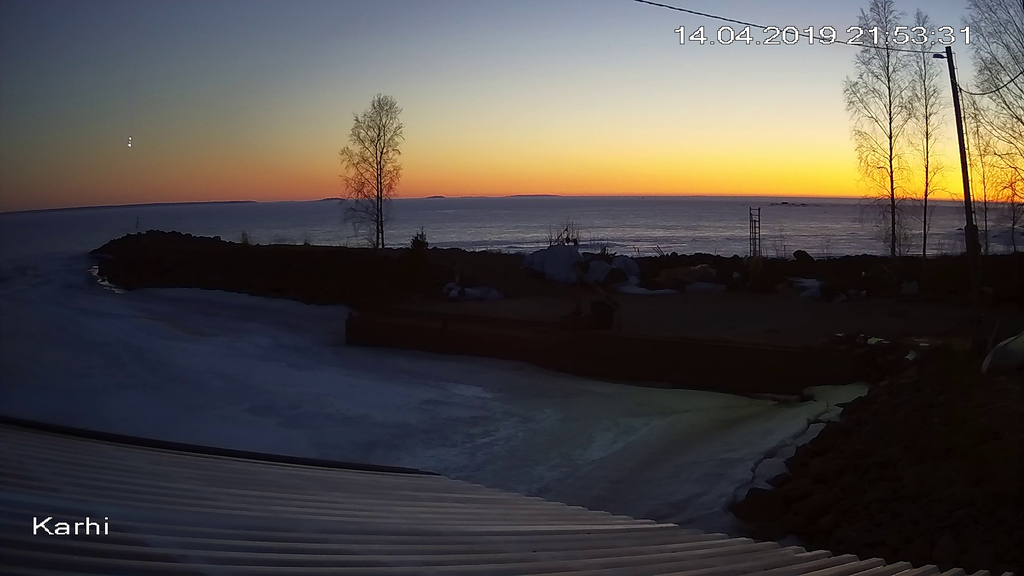 14.4. shortly before ten o'clock a bright fireball was seen in the western part of the country. The fireball also grabbed Johannes Karhula's landscape camera ( video ). More observations on the case are requested on the fireball form . 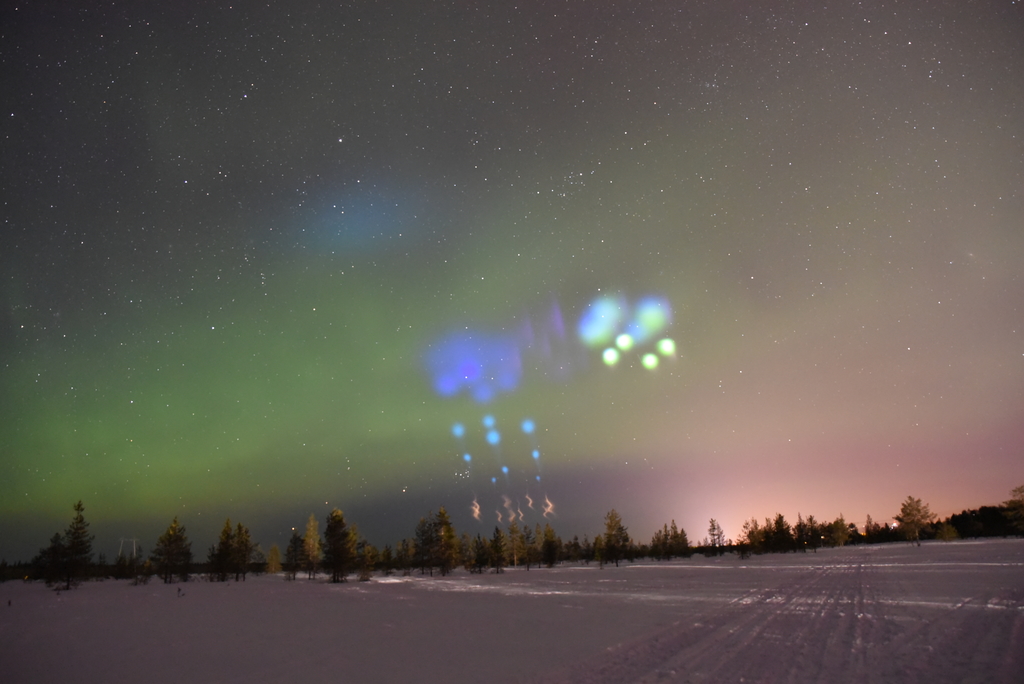 6.4. The Nasa rocket test from Andoya, Norway, was visible in the morning in the Lapland sky. The shimmering clouds caused by the experiment during the Northern Lights show were exceptionally spectacular. Videos of the phenomenon have also been published, such as this by Adrien Mauduitin . (Photo by Timo Koivisto) 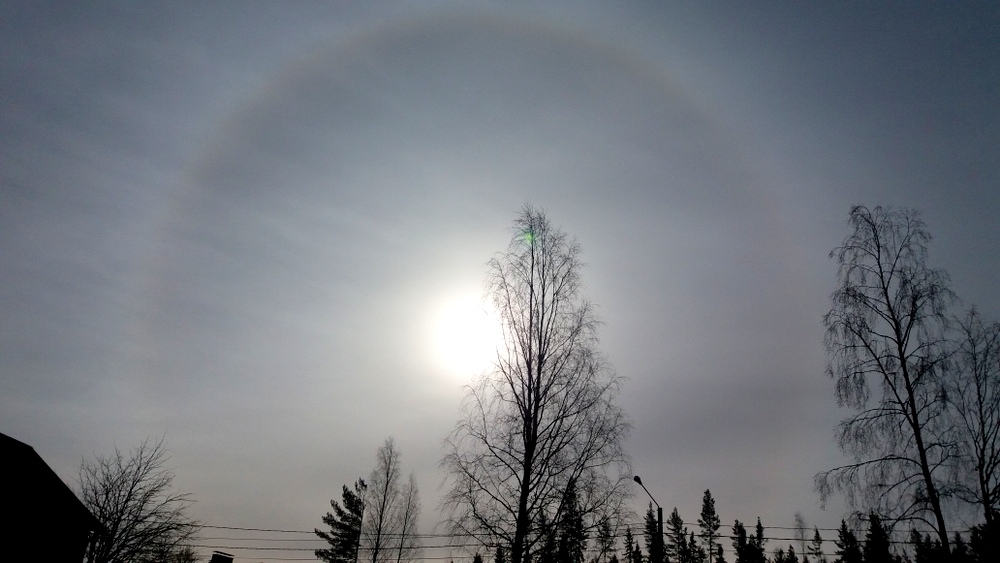 31.3. April is at hand again and the Ursa Atmospheric Optical Phenomena Group is challenging everyone to detect halos. April is one of the best months of the year for halo detection. You can submit your own observations on the halo form . More on this topic in Ursa's Zeniitti online publication . Photo by Eila Tiirinen 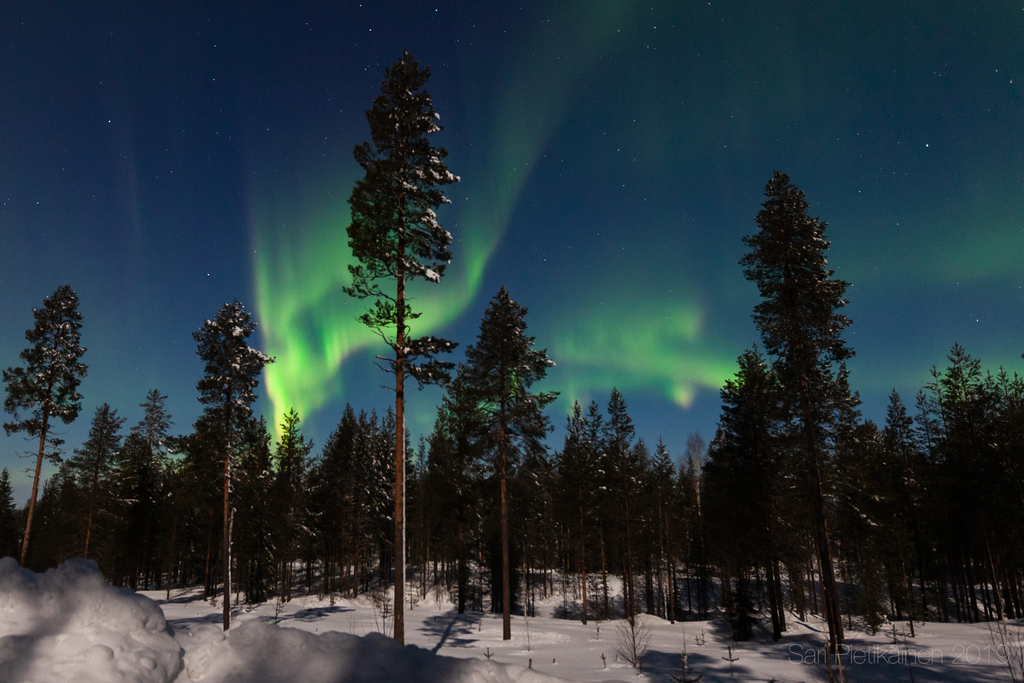 23.3. in the evening you should watch the northern sky while outdoors. A particle burst in the sun on Wednesday is estimated to reach Earth on Saturday. Northern lights may also be visible in southern Finland. Photo by Sari Pietikäinen 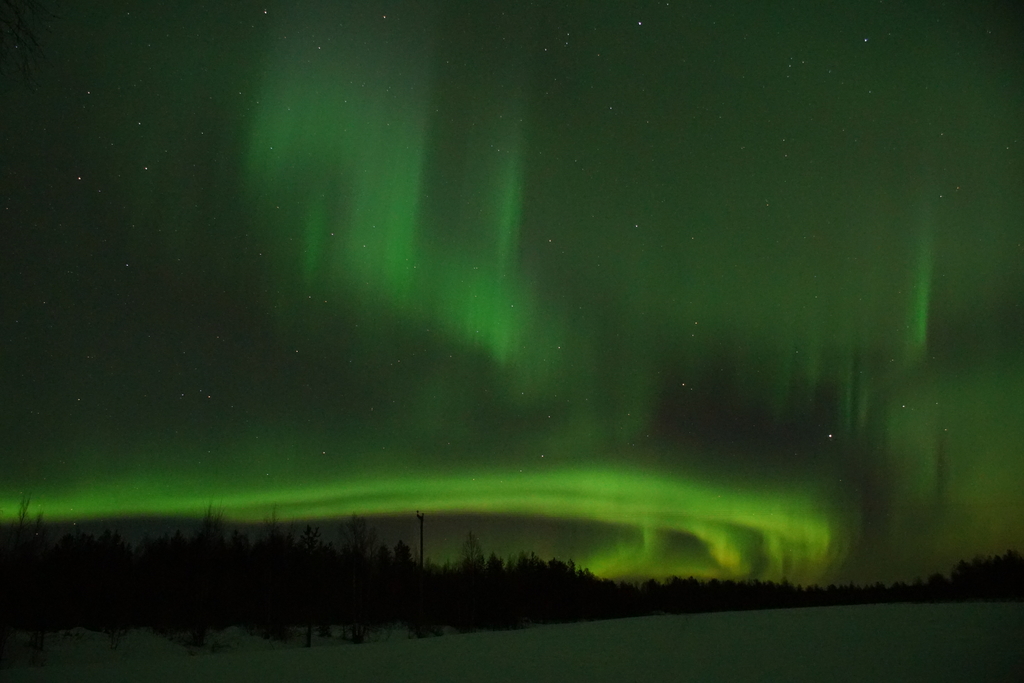 28.2. A rapid solar wind has reached Earth and the likelihood of northern lights has increased. Greenery on the horizon can also be seen in southern Finland, unless the cloud curtain obscures the view. Of course, a more handsome set is promised for Lapland. Photo by Toivo Kiminki

Comet Iwamoto is now at its brightest

14.2 . The December comet discovery C / 2018 (Iwamoto) is now at its brightest. The hazy comet is closest to Earth and a passeline target for small telescopes. Next week is still the best time for the comet to bong from the eastern sky, weather permitting. The moonlight interferes with the observation of the object and the best moments are in the morning. A recent search map and more information about the destination can be found at Ursan Zeniit . Photo by Jari Saukkonen 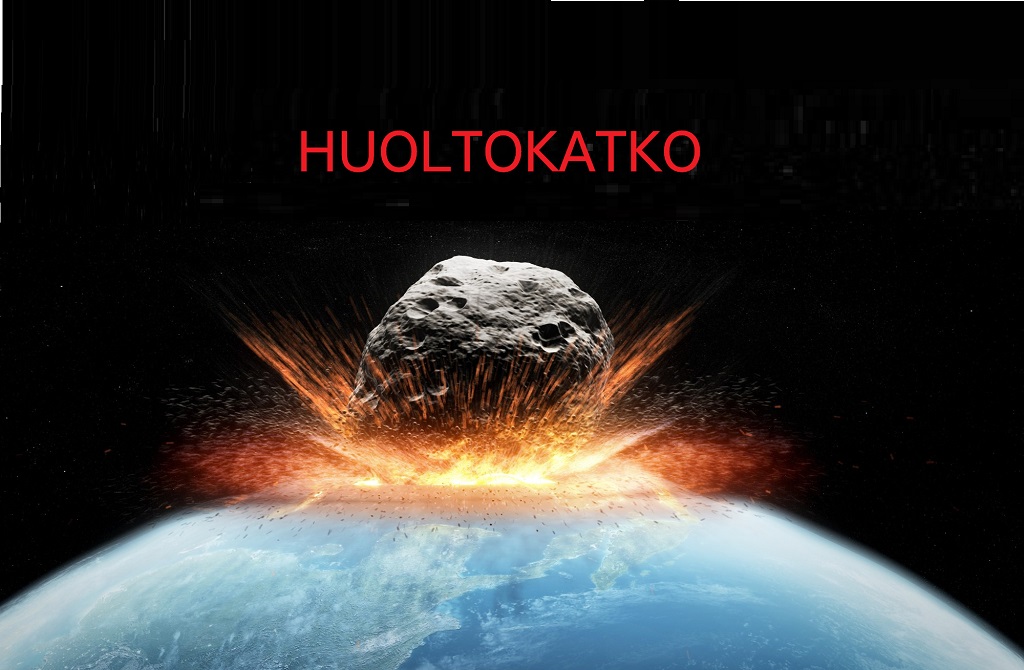 31.1. from 5 pm The Sky Watch will be serviced. Operation of the system may occur for a few hours on Thursday night.

Among the more than 130 eclipse observations also hit the Moon 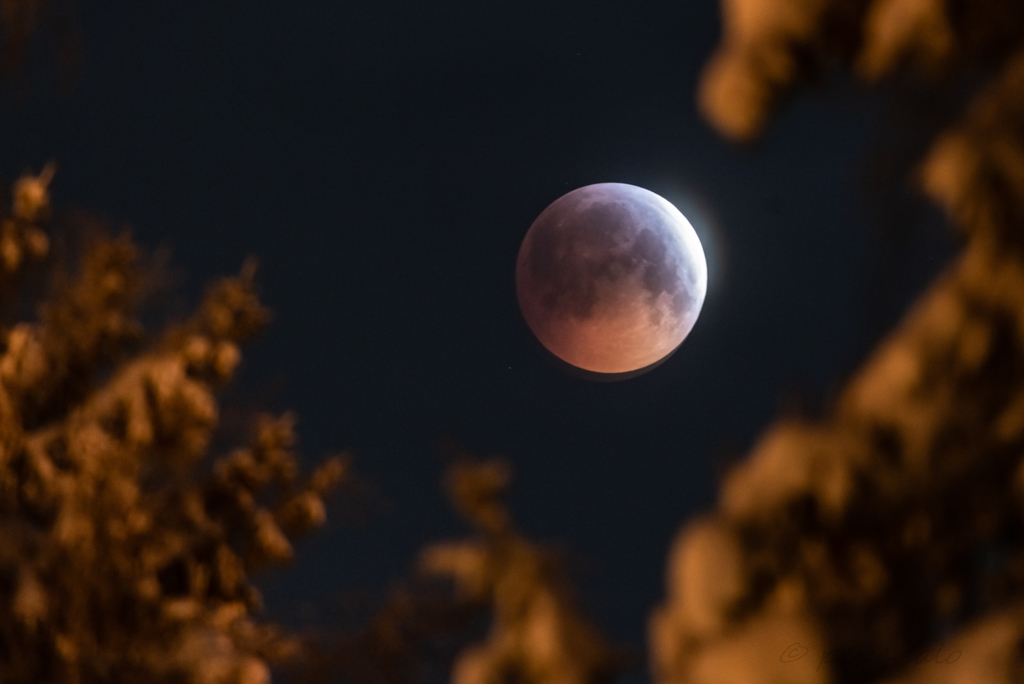 21.1. the morning sunsets followed a complete lunar eclipse in the cold frost. During the eclipse, a meteorite collided with the Moon, from where one Finnish observation has arrived. Kari Helander captured the flash in Espoo. The Moon, reddened in the shadow of the earth, was visible almost all over the country (see the Sky Guard eclipse map with red crosses under the clouds). You can record your own observations with this form . (Photo by Pepe Salo) 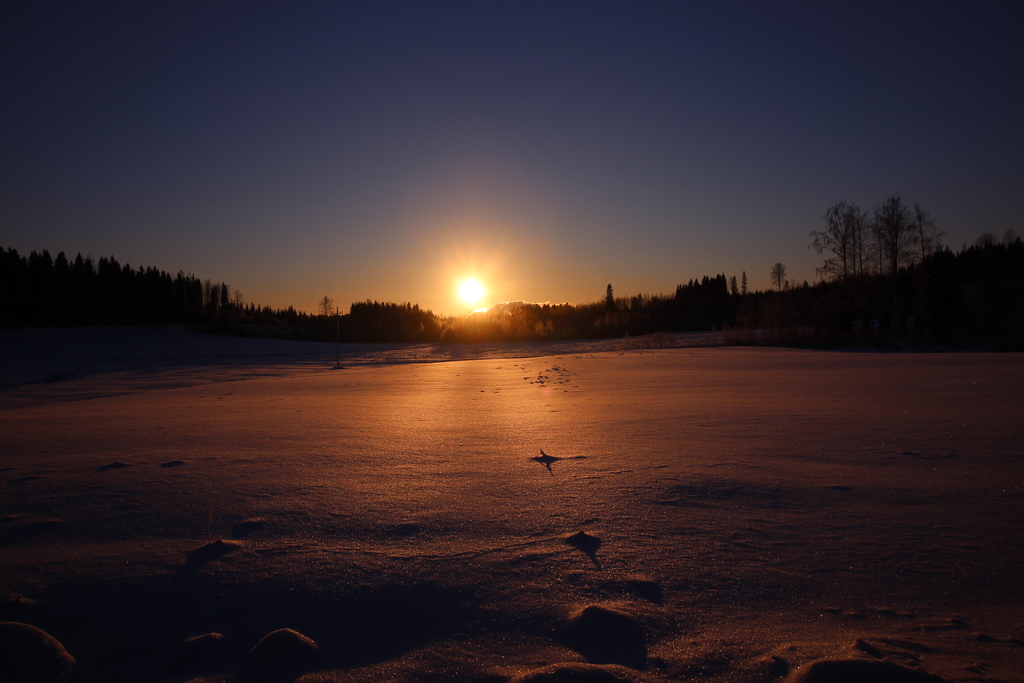 3.1. Mirko Lahtinen (pictured) managed to observe the surface solar arcs discovered by the Finnish J Ari Luomanen in 2012. The conditions for the special phenomenon were favorable, as in the following hours Päivi Karppinen , Heidi Rikala and Tero Sipinen recorded the same halo form. It is possible that a strong wind favors the creation of Luomanen's curves. If the information is correct, this will significantly help to obtain new findings in the future.

There are now 10 observations of the phenomenon in Sky Watch » 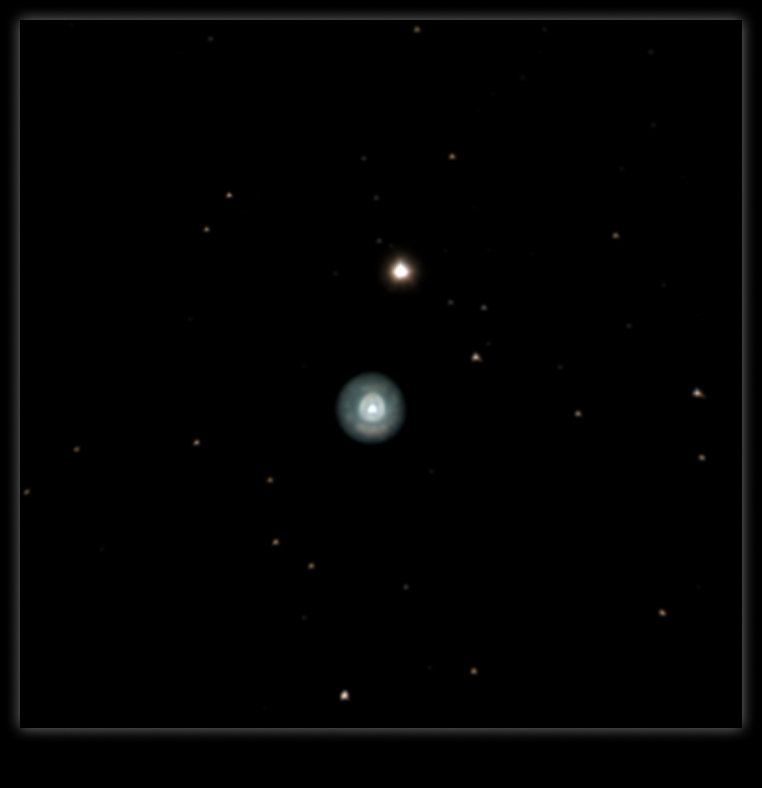 4.1. Numerous points of interest in the deep sky, such as Eskimosumu, can be found in the area of the constellation of twins. The attached picture of Eskimos was taken by Lasse Ekblom . The twins are found in the high sky in winter and now is the best time to explore the area. Ursa's Zeniitti magazine tells about the topic.